West Newbury MA homes for sale attract buyers who wish to settle down in a beautiful residential community with rich historic heritage. West Newbury is approximately 40 miles north of Boston. The Merrimack River flows along the northern border. Newburyport borders the town to the east, and offers access to major highways Rt. 95 and 495.

West Newbury’s history as a town really began in 1635 when 23 men and their families, all from England, sailed through Plum Island Sound and up the Parker River, landing in Newbury. As more settlers arrived and families increased, land in Newbury became scarce and some people moved westward. The town granted large parcels of land to early settlers.

A major local industry was shoe-making, which began with farmers making shoes for their families in little shops on their farms. Later large shoe shops were started, and in 1875 West Newbury was a booming industrial town with over 2000 people and doing a half million dollars worth of business a year. There were three large comb factories and seven shoe factories. The last shoe factory moved to Haverhill in 1889.

Other industries for a time in West Newbury included a flourishing carriage business, a tannery and a wharf at the foot of Whetstone Street, a brickyard near the Groveland line, straw bonnets made by housewives on Crane Neck Hill, a short-lived cigar-making business, and Cherry Hill Nurseries, internationally known for their peonies for over 100 years. 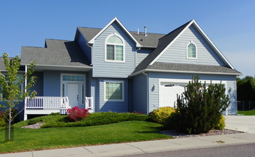 Now West Newbury is mostly known as a well-established residential community and for its Christmas tree farms. There are a few restaurants to enjoy and if visiting, make sure to stop by Scoops Ice Cream!

West Newbury is part of the Pentucket Regional School system along with the towns of Groveland and Merrimac.

If you’re looking for a new home in a historic community you should checkout West Newbury MA homes for sale. Newly created neighborhoods, such as The Cottages at River Hill, offer modern home designs as well as walking trails, community gardens and more.

Here you can preview some of the currently available West Newbury MA homes for sale.

If you have any questions about living in West Newbury MA please give us a call at 1-978-219-4928 or send us an email. If you’re in the market for West Newbury MA homes for sale sign up for our FREE Email Updates and be notified every time a new listing is added to the local MLS which fits your searching criteria.