The Boston North Shore economic outlook will likely become a little bit clearer – or not – now that the presidential election has been decided. And for an election that was largely based on campaign rhetoric regarding the U.S. economy, the nation’s housing concerns have been largely ignored by both candidates. Let’s take a brief look at each party’s view on the housing market and what its economic policies will do to, or for, housing. 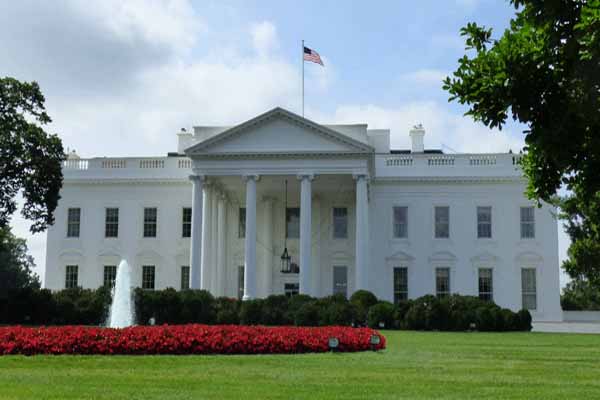 Keep in mind that not only is the presidential election finally over, but so, too, are the races for both houses of Congress. And while the new President will get the lion’s share of the newfound limelight, much of the economic discussion and legislation will come from the House and Senate. Much of what conversation there was about the housing market revolved around Donald Trump’s contention the financial markets are in dire need of deregulation versus Hillary Clinton’s view that affordable housing was the key component to a continued improvement in the single-family real estate market.

For all the hoopla and economic speculation surrounding the elections, the housing market’s issues are clear and challenging. The questions will be, “In what manner will this new administration deal with bringing much needed reform to mortgage industry giants Fannie Mae and Freddie Mac? While these two behemoths financially back the majority of the nation’s mortgage market and earn a hefty profit in the process, they are still under the control of the federal government. As such, they are required to pay the U.S. Treasury Department all of their earnings. This, in turn, spawns additional questions for the new administration and the new Congress. How does the country welcome private capital investment back into the mortgage arena? In addition, how does the U.S. monitor, manage and control the rampant growth of non-bank lending institutions, which currently comprise over half of all new mortgage loans originated in today’s market? Furthermore, what about the borrowers who use these lenders, how do we insure their financial safety? Lastly, what efforts must be undertaken to create and expand more affordable housing opportunities in communities that are underserved and largely forgotten?

During the campaign, both presidential candidates boasted of their efforts to grow the nation’s economy. However, each had a different road map showing how growth would occur. Most analysts say the Boston North Shore economic outlook as it relates to housing is to provide better opportunities for increased home ownership. With the nation’s homeowner participation rate at or near the lowest level in decades, there’s really only one direction it can go. Increasing home ownership means making mortgage lending more easily accessible to more families – and more affordable – in the face of what many believe will be slightly higher interest rates next year.

Trump’s Republican “platform” – or, at least, one of the planks in it – was his feeling that the Dodd-Frank financial reform bill should be reformed or repealed. For all its supposed safeguards, analysts say the regulatory burden saddled on the mortgage industry by Dodd-Frank and the Consumer Financial Protection Bureau (CFPB) was too restrictive. Opponents of Dodd-Frank contend those regulations have made it more difficult for mortgage lenders to extend credit. The result is the creation of a more restrictive environment for even qualified borrowers to obtain necessary financing.

While addressing regulatory concerns in the financial industry will likely be an ongoing debate in 2017, neither Trump nor Clinton set forth opinions nor plans to reform the effects Fannie Mae and Freddie Mac have on the mortgage market. It was largely assumed Clinton would have the advantage of adding to – or at a minimum, continuing – the policies of the current Obama administration.

In addition, Clinton mentioned various proposals during her campaign to spur homeownership. Among them were efforts to provide assistance to those in underserved communities with down payments. For example, her plan would provide a federal government matching fund grant of up to $10,000 in savings designed for those households earning less than the median income. That money would be set aside specifically for the purpose of a down payment to purchase a home. Such a policy could encourage some of the nation’s prospective homeowners to save more money, yet it remains to be seen what sort of stimulus that program will have for housing. Some economists contend that what’s missing in the discussion about down payments is the obvious “elephant in the room” – borrowers still need to have an average to above-average credit score to qualify for financing. Many of the households for which the policies are intended will fall short of the required credit scores.

As far as Trump’s policies, his immigration reform stance may still have legs as it reaches Congress for additional discussion during 2017. If efforts are successful to either stem the numbers of immigrants coming to this country or to better enforce the immigration laws currently in place, housing could be affected.

In summary, the housing market is inherently driven by the successes or failures of the nation’s economy. Factors such as employment gains, income growth, consumer confidence and the gross domestic product (GDP) not only contribute to – but also have a direct bearing on – the housing market. With the current state of the market being one of high demand, the Boston North Shore economic outlook is for that trend to continue. However, the nation’s homebuilders are constructing new homes at a pace that falls short of the demand. In addition, the mortgage lending industry is in dire need of reform. While the housing crisis of less than a decade ago is clearly in the nation’s rear view mirror, a complete recovery is still yet to be realized.

With the new administration and new Congress, we can only hope for needed improvements in the housing sector for both the Boston North Shore economic outlook as well as that of the entire U.S.