Now that a new President sits in the oval office, the Boston North Shore economic outlook is on the minds of people in the real estate industry as we enter 2017. Let’s look at three component parts of the economy and how they relate to each other – and what to expect in the real estate market for 2017. 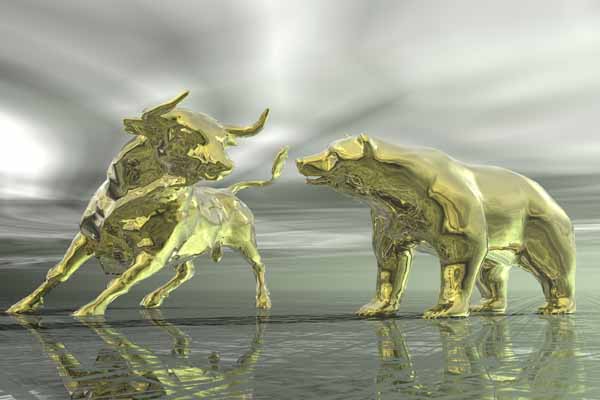 Most of the “experts,” if there is such a thing, say they expect modest growth in the market with at least a chance of a correction occurring sometime during the year. Recently, more than a dozen Wall Street firms predicted the S&P 500 index of U.S. large-cap stocks will hit a record level of 2,363 – a growth rate of 5.5%. Analysts say President Donald Trump’s platform of lower corporate taxes, fewer business regulations and increased infrastructure spending has given investors reason to be more optimistic than in recent years.

Detractors point to the concern that stocks are overvalued and the bull market will be short-lived. In addition, a strong U.S. dollar could potentially be responsible for fewer jobs if American products are priced too high for global buyers. Nevertheless, just a few days into the Trump presidency, the feeling of optimism on Wall Street continues

Oil Prices
The Boston North Shore economic outlook for oil prices in 2017 is for slightly more of the same experienced two years ago in 2015. It’s expected the average price of a barrel of oil will be $52 this year, as forecast by the U.S. Energy Information Administration. That’s nearly $10 more per barrel than the 2016 average price of $43. Crude oil averaged $52 a barrel in 2015.

At over $100 a barrel, oil prices reached an all-time high between 2011 and 2015. The advent of cheap fracking technology throughout the central U.S. was largely responsible for bringing the prices back down in 2015. The additional deposits enabled the U.S. to become an oil exporter – a first in more than nearly 40 years.

Gas Prices
During the first few weeks of 2017, Americans were paying an average of $2.34 per gallon of regular gas – the highest price since 2014 – according to the Automobile Association of America (AAA.) This time last year, the average pump price as $1.99 per gallon. While there is no direct connection between crude oil prices and gas prices, they certainly are related. AAA says that pump prices are affected roughly 2.4 cents per gallon for every $1 movement in the cost of a barrel of crude oil. The Boston North Shore economic outlook for gas prices is for pump prices to average $2.10 per gallon in February and as high as $2.30 throughout the rest of 2017. The relatively cheap price of crude oil in 2016 enabled U.S. drivers to pay an average price of $2.14 per gallon of regular gas.

The Housing Market
So, what does all this mean for the housing economy in 2017? More of the same, according to the experts. And that’s a good thing – relatively speaking. CoreLogic, a real estate industry research firm, predicts home values will continue to rise throughout 2017 – at a rate of around 4.7%. Redfin, another online brokerage research firm, forecasts the growth in home prices slightly higher at 5.3%, citing homebuyer demand as being higher today than this time last year.

CoreLogic says home prices increased 7.1% between November 2015 and November 2016. Despite that impressive growth, the increase still ranks approximately 4% less than it was during its peak in 2006. The percentages are averages and area adjusted for inflation.

The Boston North Shore economic outlook calls for continued tight inventory challenges. Fewer homes for sale in the marketplace leads to higher prices for those homes on the market – a classic example of supply and demand. When supply is scarce, demand is high and prices are, too. The tight inventory is expected to be especially impactful on first-time home buyers. In addition, as interest rates have increased slightly since the presidential election – and are expected to increase again, leveling off at between 4.2% and 4.7% in 2017 – the cost of mortgage financing will increase, too. However, relatively speaking, interest rates will still remain affordable – just not as affordable as they were 12-18 months ago.

In addition, contributing to the lack of housing inventory, recent research shows that U.S. homeowners with mortgages at lower fixed rates of 4.25% or less are likely to remain in their homes. These homeowners are less apt to sell their homes than their counterparts with higher interest rate mortgages. Although new construction is brisk, it appears to lack the firepower to produce a sufficient number of affordably-priced homes quickly enough to make an impact during 2017.

As usual, the combined effect of these components of the economy will be the determining factor in the Boston North Shore economic outlook. If crude oil prices dropped, for example, creating lower gasoline prices, the resulting optimism could be encouraging for the housing industry. Builder confidence would rise, giving them greater opportunity to build more homes at volumes that would make them more affordable. Likewise, a leveling off of the stock market during 2017 would likely mean that U.S. Treasury bond yields would become a popular investment once again, giving the American consumer confidence interest rates would stabilize – making borrowing money more affordable – regardless of what home prices do or don’t do.

The bottom line is this: The Boston North Shore economic outlook is for gradual improvement in all areas mentioned. There seems to be an optimism in the new administration – although the jury is still out on what campaign promises will and won’t be delivered. As always, time will tell. In the meantime, there’s every reason to think that housing will be at least as good as it was in 2016 – despite the inventory challenges, higher prices and slightly more expensive credit.