Boston North Shore flood insurance is something some people might say is a waste of money, but floods are obviously quite common in low lying areas that are surrounded by water. In these areas, not having Boston North Shore flood insurance is like playing financial Russian Roulette in the event of a serious storm. Just look at what happened statewide in South Carolina. 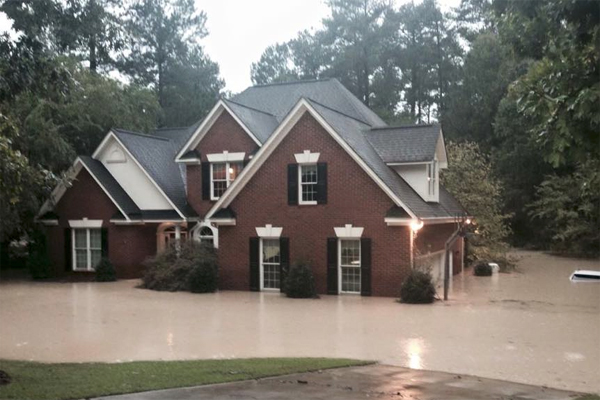 Boston North Shore Flood Insurance Even If You're Not Near Water

What about homes that are not near a water source? Do they still need to be insured against the potential for flooding? Just ask any one of the thousands of homeowners in South Carolina who recently lost everything.

As it turns out, there are many claims for flooding that come from some of the most unlikely areas. It's not just a function of simple flooding that puts your home at risk.

First, think about what would happen to your home if just and inch or two of water covered your floors. How many of your personal items are touching the floor and how many electrical cords and extension cords do you have throughout your home just an inch or two off the floor, or worse, directly on the floor? How many of these things will put your entire home at risk if even a small amount of water enters in your home?

Floods can happen thanks to saturation of the ground just as easily as it can happen when ground water and rain water meet to cause excessive rain runoff which can lead to flooding. No matter where you live, you may very well find that you are suddenly noticing there is an increase in water saturation after heavy rain. Just ask anyone who was in a non-flood plain area in the path of the recent storm that hit South Carolina (and it wasn't even a named storm, just a lot of rain), or Hurricane Floyd in 1999, or anyone in non-flood prone areas where Hurricane Katrina wrecked havoc.

Every area is at risk of flood these days, even in the Boston North Shore area. Flood insurance is not expensive and it is a simple way to protect your home in the event of a serious disaster like the one in South Carolina. It takes very little water to do a tremendous amount of damage that can cost you thousands of dollars right out of your pocket if you don't have flood insurance. Some people who thought flood insurance was only for those who are near water lost their entire home and everything in it, including their cars. Flood waters can creep up on you quickly and be right at your front door before you know it. One simple flood insurance policy can mean the difference between being financially wiped out and being able to rebuild.