The Boston North Shore mortgage market remembers – as do we all – the U.S. housing crash of less than a decade ago. One of the hallmarks of the crash was mortgage lenders who required little or no supporting documentation. When the housing market was booming, they were called “stated income” loans and were advertised as “low-doc” or “no-doc” loans. After the dust settled and the ashes cooled, they were named “liar loans.” That time in American financial history was notable because it represented a reckless, irresponsible precedent that none of us hope repeats itself. Lenders and borrowers alike could essentially put anything they so desired on the mortgage lending application to close the deal. Now, one bank is offering a loan product that brings back memories — most of them bad.

An FDIC-insured community bank in New York City has recently unveiled a new loan program known as “Lite Doc.” The program requires verification of the borrower’s employment and two months of bank statements. For borrowers that are self-employed, the bank requires documentation of just one year of the P&L, profit and loss statement. By comparison, most mortgage loan applications currently require two years of Form 1040 income tax statements, two years of employment W-2s and a minimum of four pay stubs. In addition, they require bank statements and credit reports. 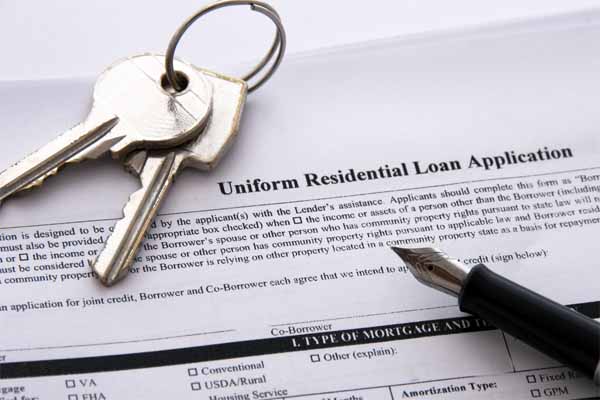 The Lite Doc loans, offered by New York based Quontic Bank with offices in  New York City and Miami, are not required to comply with the stringent new “ATR” rules, or “ability to repay” requirements established in the aftermath of the housing crash as part of the Dodd-Frank legislation. Why? Because of a new loophole that allows the bank an “out.” Quontic Bank has been designated as a community development financial institution, or CDFI, by a U.S. Treasury program designed to provide funds to revitalize low-income communities.

According to the Treasury website, “The fund,” established in 1994, “serves mission-driven financial institutions that take a market-based approach to supporting economically disadvantaged communities.” Quontic qualifies since it makes loans to borrowers in a low-income community, Queens, New York. In addition, CDFI lenders enjoy exemption from compliance with the “ability to repay” rules.

To be fair, the “Lite Doc” loans aren’t exactly the “low-doc” loans of the early 2000s. Lite Docs require a 40% down payment and a minimum FICO credit score of 700. In addition, the borrowers must be able to substantiate that they have a minimum of 12 months of principal, interest, taxes and insurance (PITI) in the bank at the time of loan closing. Lastly, Lite Doc loans are only made for the purchase of owner-occupied primary residences.

A Quontic spokesperson said a large number of the bank’s customers are immigrants comprised of half-dozen or more family members who pool their money to meet the required down payment. They don’t have the normal or traditional income documentation available to them that other borrowers may have, because many are paid in tips and bonuses.

While Quontic Bank is able to make Lite Doc loans to anybody in any city in America, so far they have chosen not to do so. The Quontic program is only a few months old and the bank has made just seven Lite Doc loans to customers in New York and Miami. There are others in various stages of processing, the spokesperson says.

An attorney who specializes in consumer financial services issues had this to say about the CDFI banks. “The CDFIs get this privileged status because their sole purpose is to help consumers. They don’t have a traditional profit motive. The concern about steering borrowers into inappropriate loans isn’t there.”

However, the attorney admits, while the Lite Doc product may not be a “prudent loan,” it is not an illegal loan. And if there’s no strict verification of income, there’s always the possibility that borrowers will falsify or overstate it.

Banking insiders contend lending programs like Lite Doc can be successful, but only if the underwriting guidelines are adhered to and aren’t relaxed. In addition, they warn, the lending documentation that is gathered needs to be accurate because federal regulators will examine the loans on a regular basis.

So what, if anything, does this new product mean to the Boston North Shore mortgage market? Maybe nothing… but it’s worth keeping an eye on. In the last decade the mortgage lending business has implemented stricter underwriting rules – frankly, because of the billions of dollars in legal settlements they were ordered to pay as a result of their reckless lending practices.

While some in the Boston North Shore mortgage market will argue that credit restrictions have been overcorrected in an effort not to repeat the financial sins of the past, others feel lending standards should be more relaxed. No doubt a happy medium is required to further stimulate home ownership, which is at an all-time low. However, we’ve seen the results of families borrowing more than they can afford to repay. Millions of Americans endured the pain of foreclosure brought on, in part, by irresponsible lending practices in combination with a recessionary economy. Here’s hoping the Boston North Shore mortgage market will never experience those misfortunes again.