Boston North Shore mortgage lenders have “seen it all.” With banks paying low interest rates and the stock market in the midst of a mini-crash, it’s tempting to just keep your cash at home. However, if you’re planning to buy a home and need that cash for a down payment you’d better rethink that investment “strategy.” You won’t be able to use it unless it’s accounted for. 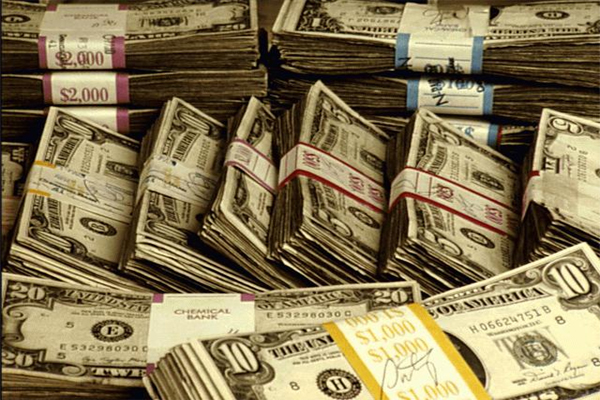 In a recent survey by American Express, 57% of consumers say they have cash in a bank account. Surprisingly though, 53% admitted to keeping additional cash stashed in their home.

If you’re preparing to go to a loan closing, cash isn’t king. You’ll need a cashier’s check from a bank or other financial institution. One mortgage lender says, “Cash on hand is unacceptable… No title company is going to accept (actual) cash… at the closing.” The lender will view the cash with a big red flag, and will assume it was gained illegally — despite your claims to the contrary.

Nowadays, real estate agents and mortgage professionals are keenly aware of the possibility of money laundering. Even bringing a modest amount of cash to a closing could prompt the filing of a Suspicious Activity Report with the Financial Crimes Enforcement Network (FinCEN) of the U.S. Treasury Department.

In a 10-year study from 1996-2006, FinCEN reported that 20% of residential real estate sales transactions earmarked as suspicious showed evidence consistent with money laundering.

As a result of the Secure and Fair Enforcement for Mortgage Licensing Act of SAFE Act of 2008, and increased safeguards on “stated income” loans in the Dodd-Frank law of 2010, lenders must account for every dollar in a mortgage lending transaction.

In addition, the Patriot Act in 2001 tacked on more restrictions to discourage terrorist groups from money laundering in mortgage transactions.

Cash savings must be on deposit in a financial institution account to be counted as part of the overall asset evaluation. Plus, it has to be in the account at least 60 days for mortgage lenders to term the cash “sourced and seasoned.” A cash gift from a relative must also be documented to make sure that money isn’t considered a loan which may hurt the borrower’s debt to income ratio.

Boston North Shore mortgage lenders advise if you’re planning to buy a home with a mortgage loan, deposit the cash into a bank account as soon as possible. Don’t be surprised when your bank files a Currency Transaction Report (CTR) with the IRS. Even smaller cash deposits over short periods to “fly under the radar” of the legal reporting limits of deposits over $10,000 will be reported.

Despite the warnings, mortgage lending experts say around 5% of loans each year involve cash money issues. Most of them can be ironed out — as long as the borrower informs the lender early in the process.