The Boston North Shore housing and economic outlook for 2017 seems to be filled with nagging questions about how gradually increasing interest rates may affect the continued improvement of the housing market. While interest rates have edged slightly upward in the last several weeks – most notably in response to the stock market’s post-election gain – home mortgage rates are still comparatively low. But for how much longer? An extended period of rising rates may paralyze homeowners with low rate mortgages who would otherwise potentially be in the market to buy bigger or newer homes. Economists call such market conditions “rate lock,” which could take a toll on housing demand during 2017. 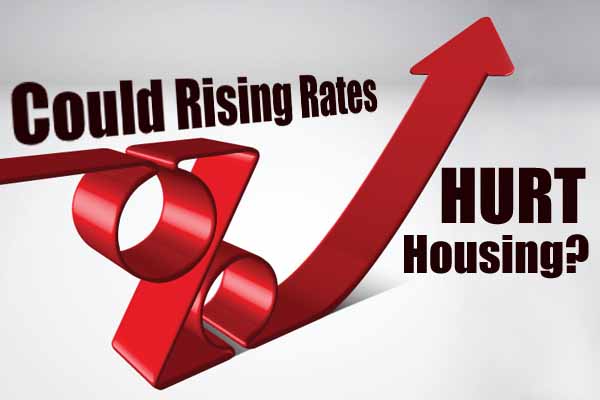 The past Boston North Shore housing outlook has enjoyed a seven-year run of near record low mortgage interest rates. That has encouraged homebuying and has increased home values dramatically since the housing crash of nearly a decade ago. Yet, the aforementioned increase in mortgage rates since the election has real estate professionals and prospective homebuyers a little on edge. Higher interest rates, of course, translate to higher monthly mortgage payments. That can cause existing homeowners to stay in their homes a little longer rather than trading up. As one real estate professional put it, “It doesn’t take much to turn off the faucet in this market because inventory is so low and prices have gone up so quickly.” The most recent mortgage interest rate increase boosted the monthly cost of owning a typical home in United States by slightly more than $70 per month. That equates to roughly $26,000 over the term of a 30-year fixed rate mortgage loan. While $70 per month is not a substantial amount, it probably has already had an impact on marginal borrowers concerned about additional expenses. Experts fear another half-point rate increase could impact even the more qualified borrowers.

In addition to the affordability aspect and the psychological impact that a higher monthly payment may have on a family purchasing a home, mortgage qualification may also become an issue. The Boston North Shore housing market has already seen some households who spend 35% or more of its income on mortgage payments. Most experts recommend that debt-to-income ratios fall between the 30% to 33% range. As interest rates rise, the debt-to-income ratio will be strained causing some lenders to reconsider whether a borrower may qualify or not.

According to CoreLogic, Inc., roughly 66% of homeowners in the United States who have mortgages enjoy rates less than 4.5%. Economists say rates would probably need to increase above 5% before homeowners face the “rate lock” dilemma mentioned earlier. And that’s where the concern begins to form. Because of the strengthening U.S. economy, the Federal Reserve will likely increase short-term interest rates this month. While the rates on Fed funds have no direct correlation to mortgage interest rates, an increase by the Federal Reserve would likely send a message that interest rates in general will likely rise – even if only slightly. Home mortgage interest rates are more closely tied to the yields on U.S. Treasury bonds. Those yields usually rise during inflationary periods, and while economists predict mortgage rates will increase in 2017, nobody really owns the proverbial “crystal ball.”

Interest rates have risen largely due to the improved economy. In addition, investors are gambling that increased government infrastructure spending along with resultant tax cuts will continue to accelerate growth. The underlying hope is that the additional growth will spur increased wage growth, and higher wages should offset the increases in higher mortgage payments. However, one economist warns that since so many American homeowners have low rates on their mortgages, it could result in an ironic disincentive by encouraging homeowners to pursue employment in other cities if it means their mortgage payments will be higher.

So, what does all this mean for the Boston North Shore housing outlook moving forward? If history is any indication, rising interest rates can impact the economy quickly and dramatically. Mortgage interest rates in 2013 increased almost a full percentage point to 4.5% on the heels of investor predictions the Federal Reserve would decrease its bond buying program. The result was a decline of 8% on the sales of previously owned homes over the next six months. In addition, sales price increases dropped from an average of 9% to roughly 5%. Therefore, if 2013 is any indication the market could potentially experience a cooldown in home prices.

Of course, it remains to be seen what affect increased interest rates – if they do occur – will have on the Boston North Shore housing market and the resulting economic outlook. However, one thing to remember is that even interest rates in the 5% range still are relatively low when compared to other times in American history. Naturally, home prices continue to rise, meaning mortgage loan amounts are higher than ever before. However, going forward there is light at the end of the tunnel when it comes to home affordability. History has proven more times than not that even in the face of housing challenges home affordability is a luxury still readily available to most Americans. Whether it’s more affordable mortgage products with more favorable terms and conditions or more affordable housing units entering the market, the bottom line is that housing is too big a piece of the U.S. and world economy to be adversely affected for long.

We’ve weathered such storms before and with the exception of the housing crash of a decade ago, the industry has rebounded steadily and has learned from its mistakes. Time will tell if the slight interest rate increases will lead to a slowdown of the housing recovery, or if it will provide the impetus for creative lending, improved mortgage products, more affordable housing and sufficient motivation for first-time homebuyers to buy. While the challenges can be daunting, the industry remains hopeful that only slight interest rate increases will occur, resulting in minor fallout that can be absorbed by the market through greater home inventory and a continued steady demand.