Boston North Shore mortgage lenders are anxiously awaiting revisions to the “Know Before You Owe” mortgage disclosure rules. The Consumer Financial Protection Bureau (CFPB) – acting on a promise made this past April – recently released updates to the rules in response to the mortgage industry’s requests for better clarity on the regulations. However, there are still nagging concerns regarding the secondary market, and those concerns will inevitably affect mortgage lenders’ ability to make loans that may not qualify for sale. Here’s a closer look at Know Before You Owe and what it means to the Boston North Shore mortgage market. 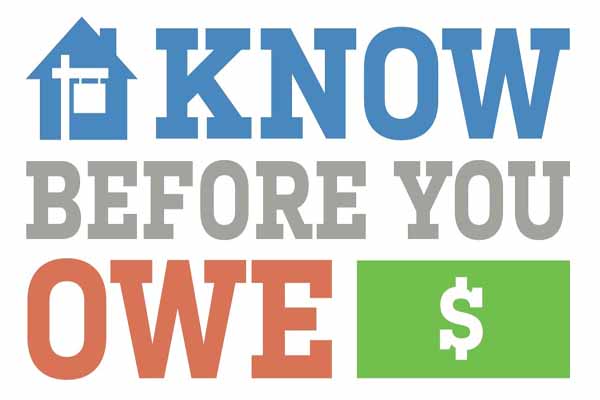 The Know Before You Owe mortgage disclosure rule (also called the TILA-RESPA Integrated Disclosures rule) went into effect in early October 2015. Almost immediately there were serious concerns about how long it would take to close mortgage loans – causing a domino effect of problems for borrowers whose contracts called for timely closings.

While most of the initial wave of problems have been solved, one remaining issue has continued to plague mortgage lenders. The secondary market – where many lenders package and sell their mortgage loan investments to third-party investors, including government entities like Fannie Mae and Freddie Mac – is still experiencing issues with TILA-RESPA. In addition to the addressed changes to the rules below, the industry, at least for the time being, will be required to follow the original intent the CFPB issued saying, “examiners will be squarely focused on whether companies have made good faith efforts to come into compliance with the rule.”

The changes made by the CFPB include the following:

The result?  The change makes the treatment and disclosure of the total of payments consistent with how it was shown before the Know Before You Owe mortgage disclosure rule was enacted.

The result?  More housing assistance loans will likely qualify for the partial exemption. That, in turn, will probably encourage mortgage lenders to work more closely with housing finance agencies to fund these type loans.

The result?  The CFPB plans to simplify compliance by including all cooperatives in the disclosure rule.

Sharing information and privacy.  The existing disclosure rule requires that creditors provide mortgage disclosures to the consumer. The CFPB has come under criticism and has received numerous questions regarding sharing the consumer disclosures with third parties to the transaction – including real estate brokers and sellers. The CFPB has decided it’s appropriate for creditors and others involved in the transaction to receive the closing disclosure.

The result?  The CFPB is working on a separate disclosure form to the consumer and the seller to rectify what has been deemed a problem.

Boston North Shore mortgage lenders in conjunction with the Mortgage Bankers Association (MBA) have expressed their appreciation in the CFPB’s efforts to update various parts of Know Before You Owe. MBA president and CEO David Stevens said the “regulation has a big impact on both borrowers and lenders, so it’s important that the Bureau and stakeholders continually reassess the implementation process to ensure its effectiveness. We look forward to commenting on the rule, and continuing to work with the CFPB to gain further clarity in order to improve this and other rules and regulations.”

In addition, the National Association of Federal Credit Unions (NAFCU), while appreciative of the DFPB revisiting the disclosure rule, remains concerned that the changes may not be as far reaching as they need to be. The NAFCU feels the CFPB hasn’t fully addressed the many compliance issues expressed by credit unions.

The CFPB has encouraged a wide range of input from its stakeholders – including Boston North Shore mortgage lenders – and has invited public input on their proposal. Comments and information submissions are due in mid-October and will be thoroughly considered prior to final regulations issued.

What this may ultimately mean to the mortgage lending industry is this. In the absence of greater clarification on issues that are pertinent to the entities to which lenders sell their mortgage originations on the secondary market, some lenders will either choose to limit the number of loans they sell, or restrict their lending activity to only those loans that are easily marketable. Examples would be loans with lower LTV ratios or loans made to borrowers with excellent credit scores and high net worths.

However, most Boston North Shore mortgage lenders remain confident the changes the CFPB will be sufficient enough to solve the nagging questions that currently remain regarding the secondary market. If that is indeed the case, the mortgage market will likely not be adversely affected.