Interest rates recently rose slightly, raising the question of what affect they will have on Boston North Shore mortgages. Rates increased for the first time in more than two months, creating a sell-off in the U.S. Treasury bond market. Mortgage interest rates have traditionally been tied loosely to the 10-year Treasury bond yield. While the increase in interest rates was only .125% (1/8th of a percentage point) the uptick was enough to adversely affect stocks in the nation’s homebuilding industry.

Despite the impact the interest rate increase had on Wall Street, its relationship to Boston North Shore mortgages is expected to be minimal. Let’s take a look at the various forms the rate rise will likely have throughout the nation. Historically, a slight uptick in interest rates – if anything – has signaled the end of rate drops, causing prospective home purchasers to finally make a move to buy before rates go even higher. When rates are low and could be expected by some to inch even lower, potential homebuyers often wait in the wings for rates to get even better before they decide to buy.

A mortgage industry spokesperson said that when rates move upward – even the slightest amount upward – there is always room for concern. He called the interest rate increase “a serious threat to low, stable mortgage rates until proven otherwise.” Mortgage interest rates have been at near-record lows for most of the summer, so it’s likely that a movement upward has raised more than a few industry eyebrows – especially among those in the business of making Boston North Shore mortgages.

Regardless of the amount of the increase, the simple truth is that higher mortgage rates add to the already-expensive cost of home buying. As mentioned, the rate rise could push some homebuyers into action as they scramble to buy before their costs rise. In addition, higher interest rates may startle some sellers into cutting their asking prices in an effort to offset the news. It’s one of the few ways sellers can combat the chance of losing interested buyers.

What it means for homeowners with existing Boston North Shore mortgages is this: 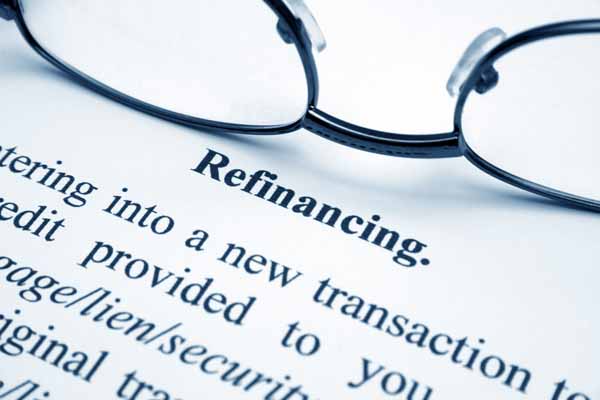 It may finally be the time to refinance. Despite interest rates being low for months, experts say there are hundreds of thousands of borrowers who have procrastinated or otherwise not refinanced.

If the Federal Reserve decides to raise its funds rate at their next meeting, mortgage rates still may not move much higher. Remember, when the Fed made its first increase last December, mortgage interest rates only increased slightly and then leveled off just as quickly. Industry insiders familiar with Boston North Shore mortgages say the longer-term rates such as 10-year U.S. Treasury yields and mortgage interest rates do tend to move with expectations of Federal Reserve rate increases – not the Fed’s actual decision to hike rates. The experts use December 2015 as their most notable example. The Fed increased their rate slightly and mortgage rates dropped. Why? Because the market had spent much of the preceding period in anticipation of a rate hike by the Federal Reserve. In this scenario, the threat or expectation of an interest rate increase caused less concern than when the actual increase occurred. Therefore, the market adapted ahead of time to whatever interest rate changes were headed its way.

Let’s assume rates on Boston North Shore mortgages rise slightly in the expectation of a Fed rate increase. Historically, there has been a remote chance that mortgage rates would move a full point upward. Need more reassurance? Mortgage rates have only increased by .5% (or half a percentage point) 14 times in the past 45 years, according to a report issued by John Burns Real Estate Consulting. The firm further predicts rates will stay below 4% through 2018. Burns had this to say about the effects that interest rate increases on Boston North Shore mortgages will have on various segments of housing. “Historically, they have hammered builder stocks, hurt new home sales bad, hurt existing home sales a little, and had very little impact on home prices unless there was a recession too,” noted Burns. “My conclusion is that investors are right to punish the stocks, but often punish them too hard.”

In addition, most experts say that even if rates were to make another move upward, the housing market has bigger issues to worry about. Supply is still a major consideration, and the lack of homes for sale continues to move home prices higher and higher, adversely affecting affordability for most Americans – a problem that is more severe than slightly higher mortgage interest rates. While homebuilders work hard to increase production, they are doing so in the face of rising costs for developable land and higher labor costs. Plus, intrusive construction regulations and restrictions have made homebuilding more challenging than ever.

In conclusion, nobody likes to see interest rate increases – especially among Boston North Shore mortgages – but the resulting impact will probably only hurt the housing industry minimally, at best. Interest rates have been very low for a long time, and there’s little reason to think that increases – even if they do occur – will be large enough to make a difference in the housing market. The additional principal and interest payment that even a 1% increase would have is less likely to prevent buyers from staying put in their existing homes or for renters to continue to pay rent at ever-increasing rates. Simply put, as is the case with many movements in the marketplace – interest rates among them – the effects vary from situation to situation and market to market. Furthermore, for purchasers who have their eye on moving out or moving up, home prices are far more likely to get their attention than small increases in rates affecting Boston North Shore mortgages.