After several years on the sidelines, a new report shows Boston North Shore millennial homebuyers are finally starting to enter the market. The recently published survey included more than 13,000 homeowners, renters, buyers and sellers and is part of the Zillow Group Consumer Housing Trends Report. The survey shows millennials are participating in the market and, indeed, making a larger impact than originally thought. Half of all buyers in today’s real estate market are age 36 or younger. In addition, half of all sellers are under age 41. 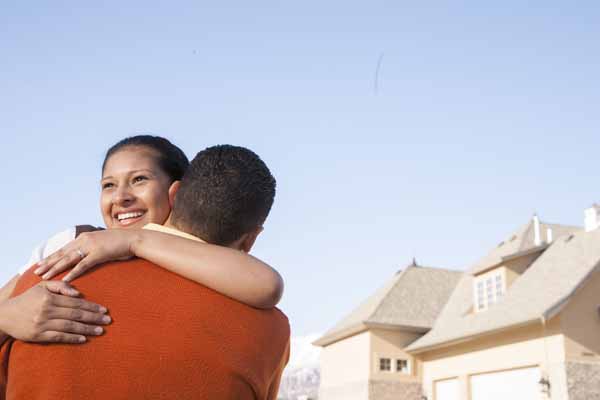 Surprisingly, the new report showed an unusually high number of millennial homeowners live in the nation’s suburbs. Previously, statistics showed millennials gravitated to the metropolitan areas and the conveniences renting close to their jobs provided. The study revealed that 47% of millennials now live in the suburbs.

The transition of millennials into suburbia is more than just a “coming of age.” The rise in popularity is largely driven by the cost of living. The urban or metropolitan living, though hip, trendy and popular was also expensive. The irrefutable laws of supply and demand showed, once again, that as a product becomes popular it also becomes more valuable. As a result, metropolitan home prices have skyrocketed in recent years. A good number of millennials, therefore, have explored greater opportunities in the suburbs. The trade-offs of making the decision to live farther away from their downtown jobs include larger homes and shared amenities in new neighborhoods that feature such attractions as community pools, fitness centers, recreation areas and playgrounds.

The millennial migration to the suburbs seems like a logical progression for many. Their reluctance to buy their first homes was based largely on the rising costs of housing. The new research unveiled by Zillow shows the current market’s “started homes” are nearly as large as the homes other first-time buyers may move up into – and they cost as much as 18% less. Before we pronounce urban living as a thing of the past, it’s interesting to note that it is still thriving. Statistics show roughly 33% of millennial-aged homeowners live in what can be described as the “urban metropolitan city cores.” In fact, millennials living in the metropolitan areas comprise a larger percentage of homeowners of any previous generation of Americans.

While there appears to be more Boston North Shore millennial homebuyers in the market than previously thought, it’s not for everybody. Experts say 66% of millennials in the home buying market are also considering renting as an option. Roughly one in three millennials seriously consider renting. The reason? As usual, money. To millennials, buying a home is a huge hassle. Statistics show home buyers spend more than four months shopping for a home to purchase. In addition, after all that time and effort, 32% of buyers end up paying more than they had initially planned or budgeted for. As Boston North Shore real estate prices soared in recent months – while home inventory remained at near-record lows – it wasn’t unusual for successful buyers to make more than one offer before they found a home. To avoid the large number of rejected offers and to make every effort to adhere to their predetermined budget, many millennials have opted to remain on the sidelines and continue to rent. Again, the reason is purely financial. Of the renters across the U.S., nearly 60% earn less than $50,000 annually. Conversely, home buyers average $87,500 in yearly income. As one real estate expert puts it, “Depending on where they (millennials) live, home ownership may be out of reach.”

Why All Boston North Shore Millennial Homebuyers Aren’t Ready Yet

With a larger number of millennials venturing into the home ownership arena, the question remains, “Why not all?” As mentioned above, Boston North Shore millennial homebuyers are cost-conscious. While often thought of as impulsive and reckless with their spending – as most young people for generations have been characterized – most millennials value their money. During the housing crisis of less than a decade ago, many members of the millennial generation watched helplessly as their families and friends struggled with homes, mortgages, jobs and other byproducts of a nationwide recession. They’ve seen firsthand the effects that job layoffs and foreclosures have had on their families or someone they know. As a result, many millennials have emerged with the mindset that they won’t make the same mistakes that others made. Home buying for them, at least at their young age, is something they should enter into with careful thought and financial planning.

Another segment of millennials have, no doubt, been ill-informed that they won’t be able to qualify for a home mortgage unless they have a large enough (20%) down payment. While that goal may still be one of choice, perhaps a larger number of millennials would consider buying if they were made more aware and understood better the low down payment lending programs in today’s market.

Some millennials say they are reluctant to by a home until they are confident their career choices and employment decisions are stable. The thought of buying a home only to put it on the market a year or two later if they get transferred or change jobs seems like more trouble than it may be worth – especially for those who haven’t bought and sold real estate before.

Lastly, those of us in the real estate market must also understand that home ownership is not the ultimate goal for some millennials. Those that prefer to take things more slowly – including getting married and starting families – count those financial commitments among decisions they just don’t have to make right now.