The Boston North Shore mortgage outlook is expected to include higher interest rates for 2017. The Federal Reserve’s recent short-term interest rate hike was both highly anticipated and expectedly minimal. And, while the fed funds interest rate has little direct correlation to longer-term mortgage interest rates, there has been – and may continue to be – a slight upward movement in rates for home loans.

Even prior to the Federal Reserve’s action, the average interest rate for conventional 30-year fixed rate mortgages increased after the recent presidential election. The rate hike saw record-low mortgage rates increase on average from a half to three-quarters of a percent. Post-election stock market activity meant investors were bullish on stocks and less interested in the bond market. Since long-term mortgage rates are more closely tied to the 10-year yield of U.S. Treasury bonds, rates rose as bond market investments declined. 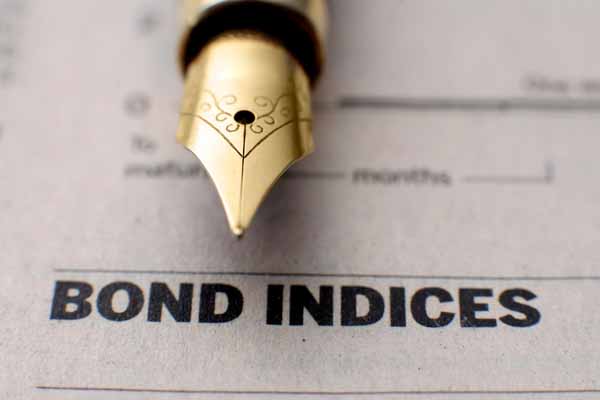 A burning question exists, however, as to whether the Boston North Shore mortgage outlook of rising rates will really make much difference to the housing market in 2017. The reason for the question is simple:  Increasing rates, as exhibited by the Federal Reserve, are indicators of a stronger national economy – and a stronger economy historically favors the housing industry.

In addition, as one economist with Fannie Mae pointed out, “If interest rates are rising because the economy is growing more rapidly, then typically, incomes also rise, and the rising incomes offset the increase in the size of the mortgage payment…”

The unknown factor, however, tends to be largely intangible – buying a home is one of the most emotional purchases an American consumer will likely make. In a recent survey published by real estate brokerage firm Berkshire Hathaway HomeServices, 76% of existing homeowners and 79% of potential homeowners mentioned higher interest rates as a major challenge for the existing housing market. Even more significant is that each of those statistics reflect increases of 16% and 8%, respectively, from the same period of time in 2015.

The report also revealed the anxiety of a larger number of owners and prospective buyers would increase if the Boston North Shore mortgage outlook were to include further rate increases. The lesson here is that when it comes to housing, perception is reality. Case in point:  Interest rates are still within 1% of all-time historic lows, but to many potential buyers – especially first-timers – it may not seem that way, in light of the recent attention rate increases have received.

Still, in the face of recent increases there are real estate experts who feel rates won’t climb much higher in 2017. Redfin, for example, predicts rates will likely reach no higher than 4.3% for a 30-year fixed rate mortgage. In addition, they expect an ever-improving credit market, citing large financial institutions like Bank of America, Wells Fargo, JP Morgan and Quicken, who in 2016 offered mortgage loans with just 1% – 3% down. Redfin says these and other programs will attract more millennials and first-time buyers into the U.S. housing market in 2017.

In addition, to further highlight the intangible impact the Boston North Shore mortgage outlook may have on the home buying public, Zillow offers this recent finding. In a survey of consumer housing trends, Zillow says home purchases were more closely tied to a consumer’s overall financial health than to any interest rate changes. They found certain life events – like employment changes, promotions, job-loss, or a change in the household make-up were more impactful factors affecting a home purchase. As a result, Zillow says, while there is naturally concern over the part of prospective homebuyers about rising interest rates, they are quick to realize that by historical standards the cost of borrowing money today for a home mortgage is very low. Lastly, while rate increases may have an impact on where they buy or the size home they buy, most purchasers are committed to entering the housing market once they elect to do so.

Of concern to many experts is the affordability factor that appears to be weakening – especially among first-time home buyers. Year over year – from 2015 to 2016 – the number of available homes for the average first-time buyer dropped over 12% according to Trulia. Other Trulia findings show that while premium or higher-end homes comprise roughly 50% of available listings nationwide, starter homes – attractive to first-timers – make up only 25% of listings. In addition, first-time buyers are expected to spend roughly 39% of their monthly income to afford a home, compared to 37% in 2015.

Finally, as we analyze the Boston North Shore mortgage outlook for 2017, one continuing concern lingers in the housing market – available inventory. Experts say the biggest obstacle facing a strong spring housing market won’t be higher interest rates, but a lack of home supply. Real estate listings throughout the U.S. fell in 2016 compared to 2015 with little sign of improving enough during 2017 to impact the spring. Sales increases, quite simply, are dependent on housing supply – and one can’t occur without the other. While the new-home market is on the rise, homebuilders have still been unable to keep up with the demand for new housing, and housing starts have been lower than usual. In addition, homeowners who would normally be selling their homes to move into larger, better or more expensive homes aren’t moving as they once did. Experts say a typical homeowner stays in their existing home twice as long as they did just 15 short years ago. Increased interest rates will likely continue this trend as consumers won’t sell their homes unless they have another home to buy – and probably will be less likely to pay more for the financing than they currently pay for their lower-rate mortgages.

In summary, the Boston North Shore mortgage outlook seems to be less about rising rates and move about other factors – some that are intangible like financial well-being – and others that are more practical like home inventory and new- and existing-home supply from which to choose.