In examining Boston North Shore real estate trends, at first glance some statistics are difficult to understand. For example, when it comes to homebuilder confidence in the December report recently released by the National Association of Home Builders (NAHB) the number reflects the highest confidence level since 2005 – a period of 11 years! In addition, the one-month move was cited as the largest in 20 years – attributed, in part, at least to the post-presidential election optimism on behalf of many NAHB insiders. Confusingly, just a day later monthly reported statistics on home construction published by the U.S. Census Bureau showed a drop of nearly 19%. The bottom line, at least on the surface, is the nation’s homebuilders are very happy and extremely optimistic, but not enough to build more single-family homes in the current market. As mentioned, the numbers – and the concepts – seem difficult to understand. Let’s take a closer look at what may be at the root of the confusion. 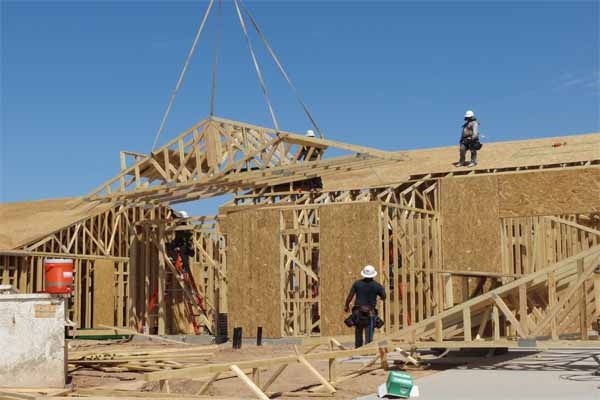 Experts say the two sets of numbers – builder confidence and home construction – once tracked closely together. However, in 2012 during the depths of the worst housing crash in history, the numbers seemed to distance themselves from each other – having less correlation than they once did. While builder and consumer optimism started its steady recovery, the actual homebuilding market continued to suffer. Some experts offer the theory that it was simply the result of a basic business psychology – and a little human nature. Homebuilders, because they are entrepreneurs at their core, were more optimistic during the recession than the market may have reflected. This optimism, some argue, is necessary and expected – homebuilders lacking optimism about the market’s future would’ve had to consider another profession for their livelihood. Simply put, it’s difficult – if not impossible – to be in a business and not be one of its biggest supporting cheerleaders. Still, too, some insiders say the monthly builders’ sentiment published by the NAHB is slanted more towards the smaller, custom homebuilder and, as a result, the data is somewhat skewed. The NAHB website cites its surveys as being comprised of three component parts:  current sales, expected sales over the next six months and current buyer traffic. The NAHB says the survey is a “weighted average of separate… indices for these three key single-family series.”

Some experts familiar with both the NAHB and other independent surveys say with different weighting the findings can favor the larger-volume nationally-known builders. One such survey, published by a well-known real estate consulting firm issued this opinion:  “We asked the same three questions that the NAHB asks at the same time of 311 homebuilders overseeing 11 percent of all U.S. new home sales. Builders told us sales and expected sales are better than average, and traffic is slightly worse than average. Since the builder responses were virtually identical to the responses last month and last year, and this survey is weighted 59 percent to actual sales rather than sales expectations and buyer traffic, (we are) surprised by the sharp increase in the [NAHB] index.”

Homebuilder confidence as part of Boston North Shore real estate trends, as it turns out, cannot only be portrayed in different ways, it is also very subjective. For example, one expert contends, if you consider the results of the NAHB survey and include surveys from businesses asking them if conditions are the same, worse or better in the face of the recent presidential election, you may find that the results are indications of the “direction” of change, not the “degree” – in other words, qualitative and not quantitative. Quantitative analysis can only be measured after the fact and typically has little to do with theory or anticipated results.

So, as it relates to Boston North Shore real estate trends, there seems to be a much higher demand for housing compared to the existing supply of homes for sale in inventory. This fact on its own makes homebuilders more confident. It’s always nice to know any product you are manufacturing has both a built-in demand and one that is underserved. Of course, this trend has been in existence largely since the start of 2016 or earlier. But even more telling is that the overall U.S. economy has and is continuing to improve – and a number of business sectors throughout the nation are very optimistic that a Trump administration will mean great improvement. With that, the nagging question still remains:  “If all that’s true, why aren’t homebuilders constructing more houses than ever before as part of Boston North Shore real estate trends?” The answer, as usual, boils down to the basics. Check them out:

Homebuilders continue to be thwarted by a myriad of new regulations that end up costing as much as 25% of the price of a newly constructed home. In addition, labor shortages – nothing new in the new construction industry – continue to weigh heavily on homebuilders’ abilities to gear up to the degree they’d need to to meet the existing demand. Ironically, the labor shortage – primarily because it relies on a large number of immigrant workers – may continue during the upcoming Trump administration. Other factors holding builders back include the high costs of land and building materials – with little relief in sight – as there are fewer finished, construction-ready lots in the neighborhoods and subdivisions in which buyers want to live or move into. Then, there’s the whole feeling of cautious optimism that comes as a result of previous housing industry setbacks – and most homebuilders are very cautious after enduring the severe housing crash of a few years ago. Lastly, as a homebuilder operating purely on a business level dealing with supply and demand and the proverbial bottom line of making a profit, by building fewer homes in a market – largely called a seller’s market – they can command a higher sales price for the homes they build, and that’s one of the Boston North Shore real estate trends that’s hard to ignore.