Hardly a day goes by without Boston North Shore’s economy being adversely affected by financial fraud. The reported fraudulent activity ranges from hackers being able to access a business’ computer network to various types of identity theft. Despite new chip-enabled credit cards and the general heightened awareness of phishing scams, hackers are becoming much more sophisticated and consumers are at greater risk than ever. However, there are some proactive steps we can all take that are relatively simple. Let’s take a closer look at how to combat fraud and reduce the frequency of it occurring in Boston North Shore’s economy.

Experts say taking precautionary steps isn’t difficult. The problem, they say, is that consumers are literally bombarded with information overload, making it easy to become overwhelmed. Follow these five tips to better protect your financial assets. 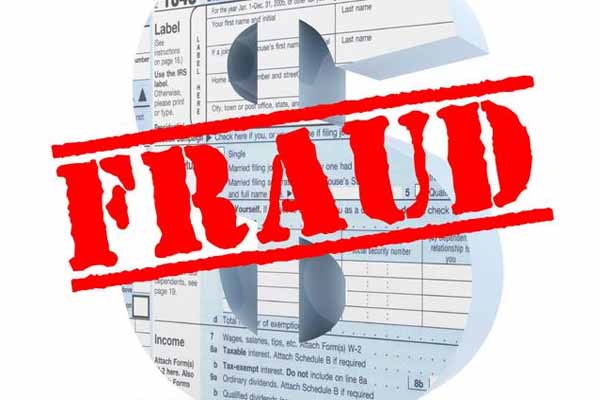 Whenever possible, use a chip-enabled credit card. Chip-enabled cards have an added layer of protection built in. They generate a unique consumer code designed solely for one purchase. That prevents a crook from using that information. The only drawback is that not all retailers accept the chip-enabled cards, but they soon will. Analysts say the lag time in card acceptance is primarily the result of the sheer number of banks, credit cards and checkout counters/card readers. A recent survey published by the National Retail Federation showed 86% of retailers expect to have their card readers operational by the end of the year – a number that some detractors claim is overly optimistic. Many retailers continue to await arrival of their terminals, while others have received the terminals, but are waiting for the credit card networks to certify the systems as operationally ready.

Don’t send sensitive information via public wifi or email. Many people make the mistake of assuming that public wifi is safe and secure. It’s not – hence the name, public. Never divulge information such as credit or debit card numbers or other personal or financial information over public wifi. If you must use public wifi, make sure that the site on which you’re conducting business has the “https” designation at the beginning of its url address. The “s” at the end is the optimum level of internet security available. In addition, remember that financial institutions will never request passwords, ATM pin numbers, or other sensitive financial data via email.

Make the switch to electronic delivery of account documents and check online banking and credit accounts often. Another tip to help fight fraudulent activity in Boston North Shore’s economy is to reduce the chance that paper documents or account statements could be intercepted in the mail or in other ways. Participating in online account access removes that risk. In addition, users can monitor their accounts more often in an effort to see and react to any suspicious activity or transactions. Security experts suggest monitoring your credit card and bank accounts once a week. Be sure to take advantage of free opportunities to sign up for fraud alerts from your financial institution or bank card company. The alerts can be set to notify users if purchases which exceed a certain prescribed amount, or if a purchase is made without the credit card being physically presented. One additional tip for these sensitive financial sites:  Make sure your password is more complex than usual, and that you change it frequently. Experts recommend you not use the same password for multiple accounts.

Beware of card skimming. Thieves perform the illegal information gathering act of skimming by putting a device over the credit or debit card slot, allowing them to get information when the card is swiped. If you use a credit or debit card at a gas station, for example, look closely to make sure there’s nothing unusual on or near the card slot. Experts suggest physically touching the ATM or gas pump card slot and slightly jiggle it back and forth. If it moves a little too much, it could be a sign that a crook has attached a skimming device. In addition, cover your hands and fingers as you punch in your pin number. Thieves often install portable cameras nearby or watch through binoculars to try to steal your pin number.

Keep an eye on your mail. Despite having signed up for electronic banking, there are times where financial information must be sent through the mail. If you choose to receive paper documents instead of, or in addition to, electronic correspondence, be vigilant. Make sure what you’re being sent arrives as expected. We know of a situation where an apartment complex’s row of mailboxes was completely destroyed and a recipient of a new credit card was the victim of several thousand dollars in fraudulent charges – all because he wasn’t aware a new credit card was being mailed to him. The thieves only had to call a toll free number on the credit card to activate it and begin making purchases. The credit card company didn’t hold the cardholder liable for the fraudulent purchases, but he had to go through a inordinate amount of red tape in disputing the charges.

One last tip for fighting fraudulent financial activity affecting Boston North Shore’s economy:  If you receive a change of address notice in the mail, call the financial institution or company it was sent from immediately. An address change could be a red flag that someone is trying to commit a fraud in your name. In a worst case situation, a crook could open accounts or purchase financial products in your name with the illegal intent of laundering money. So be vigilant, trust no-one and don’t just assume it couldn’t happen to you – it can and does happen to people every day – in Boston North Shore’s economy as well as others throughout the U.S.